The top 10 losses in 2022, on average, were in excess of $3 billion which far exceeded the average of $1.5 billion in 2021. These losses are based on the financial impact of these natural disasters – not the impact in terms of loss of lives. 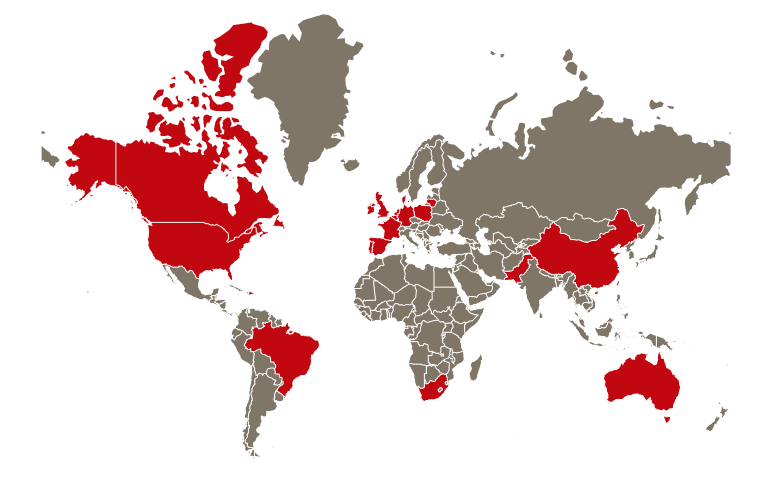 Excessive rain in April caused flooding and landslides in the provinces of KwaZulu-Natal and Eastern Cape. Several thousand homes were damaged or destroyed, as well as much of the major infrastructure.

9. Hurricane Fiona in the Caribbean and Canada – More than $3 billion

Over multiple weeks in September, Hurricane Fiona travelled through the Caribbean, western Atlantic and eastern Canada, reaching Category 4 status. Fiona is the strongest storm to ever impact Canada.

An unprecedented drought since 2021 has caused prolonged damages to Brazil’s agricultural, hydropower, shipping and freshwater industries. The Paraná River has reached a record low in its water level; the river that provides freshwater for millions of people in Brazil, Argentina and Paraguay.

In February, a National Severe Weather Warning Service was issued due to this extratropical cyclone. The storm caused a huge amount of damage in parts of Western, Central and Northern Europe.

From June to October, Pakistan experienced intense flooding due to a major heat wave that caused both monsoon rainstorms and glacial melting.

The floods in East Australia from February to April were one of the nation’s worst recorded flood disasters. Almost one thousand schools were closed in response to the flooding and many evacuations took place.

China experienced a record-breaking heatwave for more than 70 days in the summer (reaching over 70 degrees Celsius), causing a major drought that affected about half of China, mostly in the south.

During the drought in the Southern regions of China, multiple flash floods in August caused much damage in the North.

Caused by a similar heat-wave as China, many parts of Europe experienced drought conditions that the Global Drought Observatory confirmed as the worst drought in 500 years.

Hurricane Ian was the third-costliest weather disaster in the world on record, causing damage in western Cuba and the southeast United States.
As losses increased worldwide in 2022 it continues to put pressure on insurance markets and results in increased scrutiny when underwriting risks. It’s prudent therefore for property owners to be proactive in ensuring that their assets are insured to value with accurate valuations.
*Data Source: Christian Aid

Join us at the 2022 Alberta Municipalities Conference & Tradeshow!

Come visit Devin Baker at booth #55 – this is a great opportunity to ask about your Municipality’s insurance or asset management!

He is very much looking forward to seeing everyone, in person, at this incredible event!

Suncorp Valuations is delighted to be attending this year’s The Alberta Condominium & Real Estate Conference in Calgary, AB from September 16-17.

Come visit Trystan Hill at booth #110 – this is a great opportunity to ask about your Insurance Appraisal and Reserve Fund Studies.

She is looking forward to seeing everyone, in person, at this amazing event!

Join us at the 2022 International ASA Conference!

Suncorp Valuations is delighted to be attending this year’s International ASA Conference in Tampa, FL! We are a proud Gold Sponsor of this event.

Our President and CEO, Tom Gardiner, will be attending along with some of our senior appraisal staff: Andrea Grant; Chris Parr; Joshua Abbey; Asher Cohen; and Priya Rajkondawar.

They are all looking forward to seeing everyone, in person, at this fantastic event!

Join us at the Golden Horseshoe Chapter of CCI Annual Conference!

Suncorp Valuations is delighted to be an exhibitor at this year’s Golden Horseshoe Annual Conference on September 16th!

This is a great opportunity to ask us about your condo insurance appraisal and learn more about what we do.

Come visit Vic Persaud and Shilpa Thakur at booth #502. They are looking forward to seeing everyone, in person, at this incredible event!

Come visit Devin Baker and Vic Persaud at booth #300. We will have an incredible draw prize – enter to win a $500 Gift Card to Costco!

As well as exhibiting, Devin Baker will be part of a panel delivering a presentation, “Property Values in Volatile Economic Times”, on September 12 with Ginette Demers from Domtar and Luc Bissonnette from FM Global.

We very much look forward to seeing you all, in person, at this spectacular event!